A to Z Challenge: Nanaki from Final Fantasy VII

We are in the second half of the challenge! How is everyone coming along?

As stated 13 times before, I am using the challenge this year to geek out on Final Fantasy. 26+ characters from my favorite games for you to enjoy. As we are now at N, who better to talk about than Final Fantasy's Nanaki! 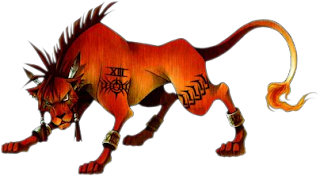 Introduced to us first as a beast added to Aeris's lab tank after she's kidnapped by SHINRA Inc., we meet Nanaki as Red XIII, the name Hojo gave him as a specimen. He was trying to interbreed him with Aeris (gross), but they both got out safely. Nanaki joins the team and takes us to his grandfather, who not only shows us that the mining and manufacturing of materia is killing the planet, but that Nanaki's father, whom Nanaki thought deserted their people during a crucial time in war, actually saved the townspeople by fighting their enemies until their poison spears turned him to stone. His body remains perched roaring at the entrance to their land.

Nanaki is a teenager to his people, but if I recall, he's at least a hundred years old. He's a very mature creature, a voice of reason at times, especially with the motley crew we have in this game. I just love his design.

Tomorrow, we travel around with Final Fantasy X's Oaka XXIII.
Posted by Debra Renée Byrd at 7:00 AM 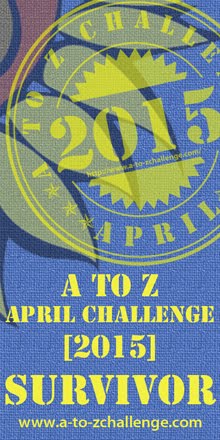